Lori Bookstein Fine Art is pleased to announce an exhibition of paintings from 1947-48 by Paul Resika. This is the artist's sixth solo-show with the gallery

As the title suggests, the exhibition will be comprised of historic paintings from 1947-48, in which the artist sought inspiration from the world around him – studio tabletop tableaux, a mechanic's shop and even a local amusement park. Often blurring the lines between figurative and geometric abstraction, the canvases from this period are characterized by painterly brush strokes and expansive compositions, often broken into smaller geometric regions of color and pattern. Indeed, this work shows a stylistic likeness to members of the New York School, particularly the fragmented canvases of Adolph Gottlieb and the early work of Richard Pousette-Dart and Jackson Pollock.

Executed following Resika's studies under Hans Hofmann, his work from this period certainly attests to his former teacher's use of color to express volume. In works like Provincetown, June 1947, Resika's use of color extends well beyond the naturalistic decoration of forms to the articulation of space with rhythmic patterns and autonomous planes of color.  And yet, these paintings react against the abstract-expressionist tendencies of the moment and return confidently to objectivity. As Walter McElroy so eloquently states "What is important is that Resika returns to nature equipped with the formal discipline and the self-awareness learned in the years of retreat from it." [1]

In a review of the 1948 show at George Dix Gallery that originally exhibited these works, Stuart Preston writes:

Paul Resika's [Dix; to May 15] first one-man show is composed of jubilant cityscapes in which this nineteen-year-old New Yorker lets color and line work so freely that the picture frames can hardly contain them. Thin washes, laid on in long, vigorous strokes, seem to reflect a glaring light. Images are tumbled on the canvases in breathless haste; buildings, like icing, lurch into a star-filled sky. In quieter, more abstract moods Resika constructs two-dimensional patterns. Dark zig-zag lines furrow through patches of lighter paint, are raked by scratches which reveal the canvas, or collide with encrustations of pure hues.[2]

Paul Resika (b. 1928, New York, New York) studied under Hans Hofmann as a teenager in New York and Provincetown before departing for Venice and Rome in 1950 to study the old masters. After casting aside Hofmann’s abstract principles, his Italian palette turned sober and descriptive. Upon his return to the United States, Resika devoted himself increasingly to the exploration of light and color, and the synthesis of abstraction and representation. Over his eight decade-long career, Resika has exhibited at the Peridot Gallery, Graham Modern, Long Point Gallery, Provincetown, Berta Walker Gallery, Provincetown, Hackett-Freedman Gallery, San Francisco, and Salander-O’Reilly Galleries, New York. Resika splits his time between New York and Truro, Massachusetts.

Paul Resika: 1947-48 will be on view from September 5 - October 5, 2013. An opening reception will be held on Thursday, September 5th from 6-8 pm. A full-color catalog with an essay by Karen Wilkin is available. Gallery hours are Tuesday through Saturday, 10:30 am to 6:00 pm. For additional information and/or visual materials, please contact the gallery at (212) 750-0949 or by email at info@loribooksteinfineart.com. 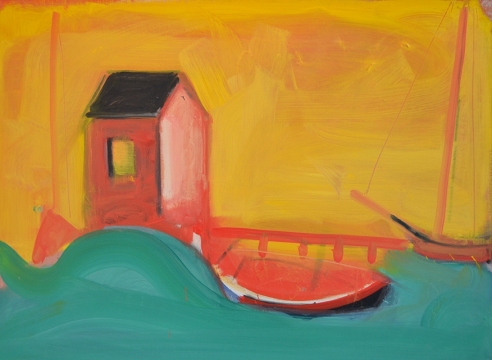 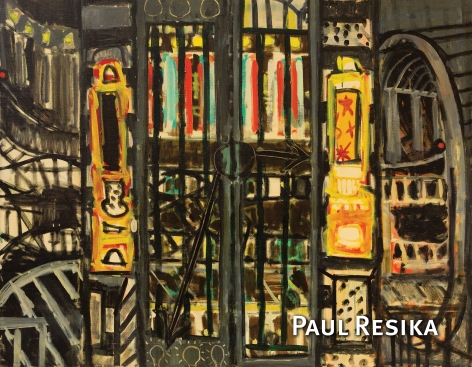