Lyrical Abstraction: Small Scale, brings together a group of painters who belonged to an art movement called Lyrical Abstraction. This term was coined by Larry Aldrich, the esteemed fashion designer, collector and founder of the Aldrich Contemporary Art Museum in Ridgefield, CT. He first used this term in 1969 in his article, “Young Lyrical Painters,“ which appeared in Art in America.[i] The term described the work of contemporary painters who were moving away from the geometric, hard-edge painting that was popular at the time.

In a review of the subsequent exhibition of this work at the Whitney Museum of American Art (May 25 – July 6, 1971), David I. Shirey of The New York Times describes Lyrical Abstraction as “eminently appealing. It is a raw, seductive, lyrical and even beautiful art that easily lends itself to esthetic appreciation and whose freedom of form gives rise to romantic associations.”[ii]

Indeed, the paintings in this show certainly emanate many and all of these associations that  Shirey describes. The small scale of these works – paintings range in size from 10 x 10 inches at the smallest to 24 x 7 inches at the largest – offer seductive, jewel-like paintings from a movement that predominantly painted on large-scale, even mural-sized canvases.  Although these paintings may be physically small, the arrangement of their internal gestures are so perfectly balanced as to create complete works of art that rival the compositional rigor of monumentally larger paintings. 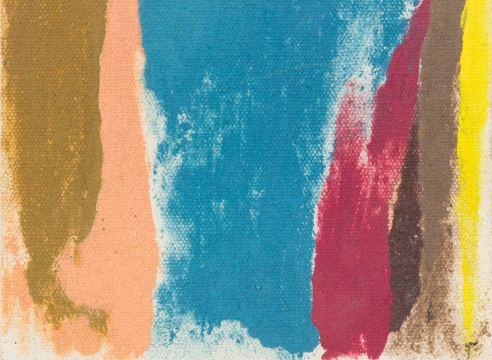 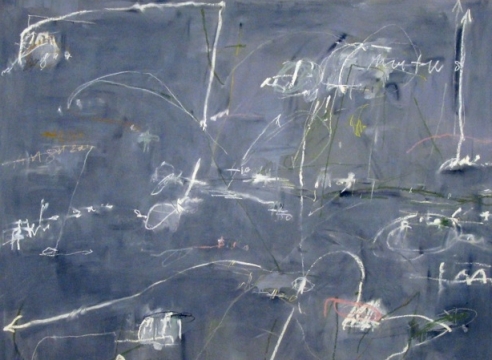